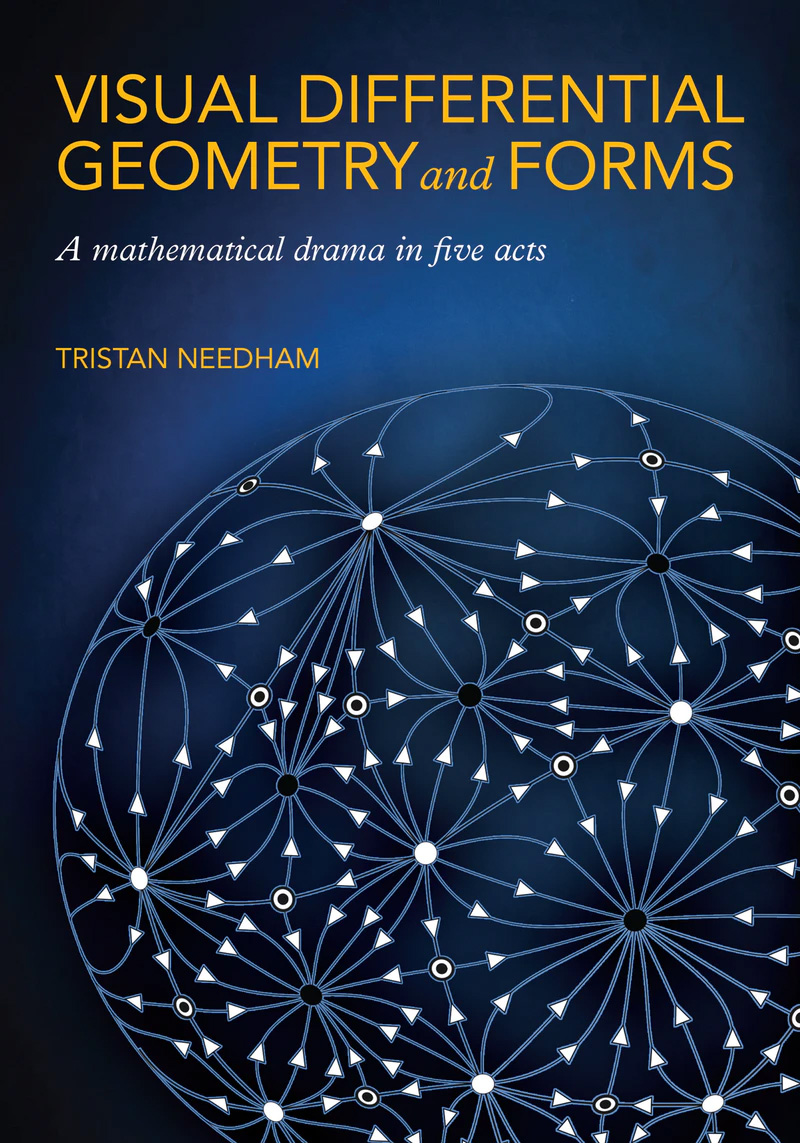 “Oh my God! I wish I had this book when I was in college. Not only does it explain important mathematical principles better, but it explains principles I didn’t even know were principles.”

“I love this book: profound mathematics, accessibly presented in plain relaxed English, caring in equal measure for both rigor and intuition. Visual Differential Geometry and Forms is elegant, beautifully typeset, deftly illustrated, and lovingly crafted. Needham masterfully puts geometry back in charge of mathematics, and he shows us that geometry still has some new things to tell us.”

“With many explanations that were wonderfully new for me, this book brilliantly succeeds in providing a truly geometric visual explication of differential geometry. Needham’s writing style is magnificent, and the scholarship is impeccable. The treatment of General Relativity, perhaps the most striking application of differential geometry, is splendid. I know of nothing like this work in the literature.”

“Here are five hundred eloquent pages packed with mathematical wisdom and deeply rooted in history. Visual Differential Geometry and Forms is visual indeed, with parallel transport, curvature, and geodesics depicted through pomelos, durians, squashes, pumpkins, potatoes, and toothpicks. I wish I’d had Needham’s book when I was a student.”

“Needham has done quite a remarkable job of proving Gauss’s theorem [Egregium] in a way that provides intuition and geometric insight rather than mere logical rigor. ... equally important is Needham’s remarkable ability to refine these ideas to their simple, intuitive cores and to visualize anything and everything, be it with his painstakingly clear diagrams or his demonstrations with...fruits and vegetables. ... The Pseudosphere and the Hyperbolic Plane [Chapter 5] is wonderful, building up from hand-built models of the pseudosphere to Beltrami’s construction of the upper half plane model... I applaud Needham’s choice to focus on what he’s passionate about rather than trying for an impossible completeness. And his insistence on actually trying to explain [general] relativity, rather than merely hand-waving in its direction as a motivation for studying curvature, parallel transport, and all the rest, seems inextricably tied to his boundless enthusiasm and expositional confidence, both of which are evident throughout. His enthusiasm, in particular, is quite infectious... ...this book is very definitely a sibling to Needham’s previous book, Visual Complex Analysis (VCA). As in VCA, many arguments are based on a “Newtonian form of geometric reasoning” making liberal use of ultimate equality... I found this style to be quite effective, developing much better intuition than other approaches to this material,... ”

“The book is a remarkable and highly original approach to the basic stem of differential geometry. ... professional mathematicians, even those who are already somewhat familiar with the subject, will appreciate the book even more [than students], not because of the results, but because of the original approach. ... Needham throws away all the usual textbooks to re-think the material almost from scratch, using his geometrical glasses and following the footsteps of the giants of the past.”

“The tale of geometry—from ancient Greek struggles with the parallel postulate to Einstein's amazing discovery that space and time are curved—is rich, fascinating, and very much still in progress. Textbooks on geometry often present a dry, abbreviated version of this wonderful story. Not so with Needham's book: here, he narrates everything in detail while explaining the math with hundreds of pictures.”

“A tour de force! This comprehensive treatment of introductory differential geometry actually emphasizes geometry, while providing clear explanations of the underlying concepts. Best of all are the many original figures. Recommended for motivated novices and experts alike as a guide to what differential geometry is really about.”

“It’s the kind of book that you want by your bedside ... it takes you into a world of adventure in new ideas. Studying physics, some two decades ago at The University of Bristol, ... this book would have answered all of my prayers. This is a valuable and beautifully created guide to what can at first seem a confusing area of mathematical physics. There are other contenders that try to teach this subject [of Differential Forms], but this is the best that I have come across”

“Presenting a geometric exposition of differential geometry, this eloquently written book has a very clear and logical organization. The figures are nothing short of magnificent.”

Unique features of the first four acts include: four distinct geometrical proofs of the fundamentally important Global Gauss-Bonnet theorem, providing a stunning link between local geometry and global topology; a simple, geometrical proof of Gauss’s famous Theorema Egregium; a complete geometrical treatment of the Riemann curvature tensor of an n-manifold; and a detailed geometrical treatment of Einstein’s field equation, describing gravity as curved spacetime (General Relativity), together with its implications for gravitational waves, black holes, and cosmology.

The final Act V on Forms elucidates such topics as the unification of all the integral theorems of vector calculus; the elegant reformulation of Maxwell’s equations of electromagnetism in terms of 2-forms; de Rham cohomology; differential geometry via Cartan’s method of moving frames; and the calculation of the Riemann tensor using curvature 2-forms. Six of the seven chapters of Act V can be read completely independently from the rest of the book.

Requiring only basic calculus and geometry, Visual Differential Geometry and Forms provocatively rethinks the way this important area of mathematics should be considered and taught. 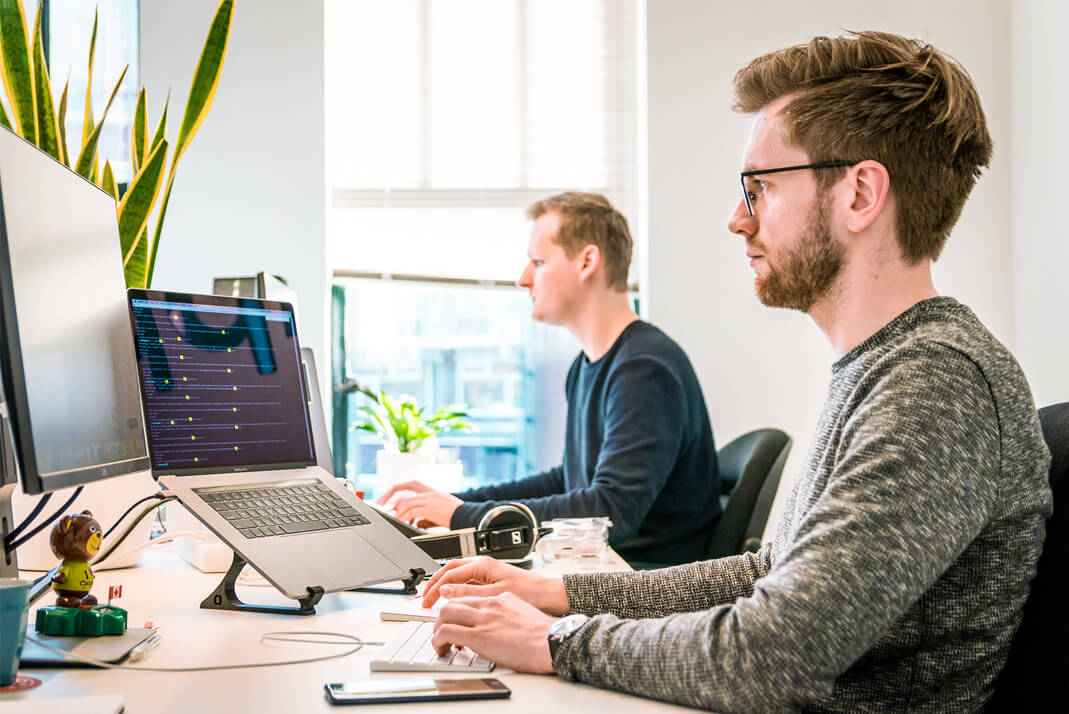 We know the struggle is real Zense UI is comprehensive resource

With lots of useful components you are able to create unlimited designs.

We know the struggle is real Zense UI is comprehensive resource

With lots of useful components you are able to create unlimited designs.